Shopping Cart
Your Cart is Empty
Quantity:
Subtotal
Taxes
Shipping
Total
There was an error with PayPalClick here to try again

Thank you for your business!You should be receiving an order confirmation from Paypal shortly.Exit Shopping Cart

"Women protecting the communities of the Mekong region" 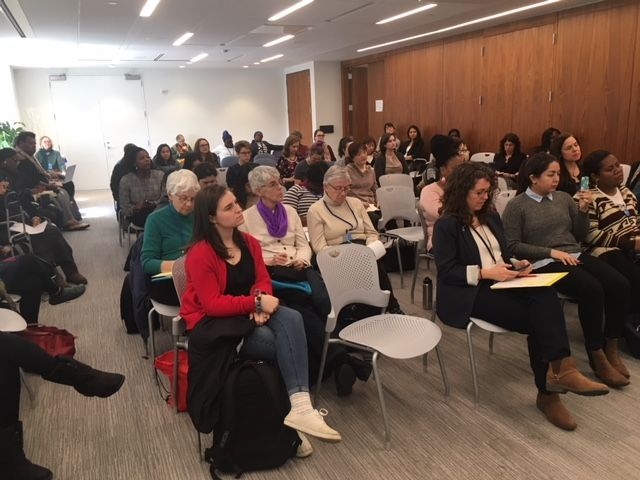 ADL report on the Women Rights in the Lao People's Republic

Background: Laos is one of the five remaining communist countries in the world. Since 1975 Laos has been ruled by an authoritarian single-party regime under the Lao communist party. The poor human rights record of the Lao PDR has perennially been documented, voiced and decried not only by Lao people across the world and their fellow Laotians in Laos but also by the world community including OHCHR itself, the European Parliament, civil society, and by Amnesty International, Human Rights Watch and other international human rights organizations.

In contravention of the Universal Declaration of Human Rights of the United Nations, and many other human rights Conventions and Treaties to which it is a signatory, the Lao PDR has persistently and routinely suppressed and violated the basic freedoms and human rights of its people.

The government of the Lao PDR neglects the youth in the hundreds of thousands, who become victims of the black market as slave laborers and prostitutes in Thailand and China. instead of being concerned and seeking solutions to the problem the government manufactures narcotics like methamphetamines for sale in neighboring countries while affecting also the youth in Laos. 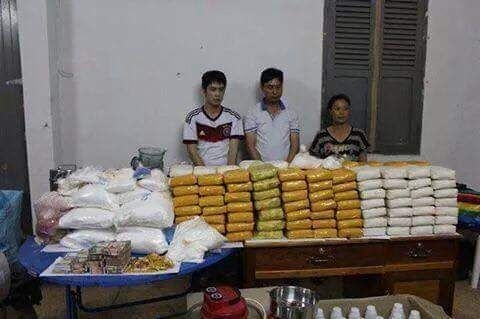 Corruption in the Lao PDR is epidemic, plaguing every level the political and administrative system from the central to local government, the traffic police in the streets, and government workers at the gates of entry.

The drug problem in Laos grows up rapidly, because the problem has been neglect by the government, Lao youth especially girls who should be regarded as the backbone of the country have come to lose their potentialities and become useless methamphetamine addicts. Corrupt officials protect this business and allow the production of methamphetamines. We think that more than 30% of the young people in Laos are addicted by drugs.

Despite their contribution to the fast economic growth in recent years, the government’s mega-development projects have not helped ameliorate the deep chronic lack of employment opportunities (exacerbated by substantial inflows of immigrants from and China), and the widening income gap between the rich and the poor and between the urban centers and the rural areas.

Question: Has the government investigated possibility that official corruption in the Lao PDR may facilitate and enhance the flow of human trafficking or specifically how underage boys and girls can obtain official passports to go abroad? Why do the Lao Embassy officials in Thailand not try to provide legal and other assistance to the Lao traffic victims even after the Thai authorities rescue them?

Recommendation: The problem of rural poverty, the lack of income opportunities, the poor education and training, and youth unemployment should be incorporated as key priorities in the national development policy. Meanwhile, the Lao government should take measures to clamp down on the official corruption related to human trafficking. A Lao-Thai taskforce should be formed to identify the extent and scope of the problem and identify the elements of a comprehensive plan to combat human trafficking. The expertise of ILO and UNICEF should be engaged.

The divorce rate in Laos is rising sharply. The reasons for this are profound reasons, including persistent corruption as well as the drug problem.

Many men have several lovers and let their wives down. This aggravates social problems in society. Unfortunately, the state welfare in Laos is extremely poor. In family law Laos still seems to have a lot of catching up to do.

The drug police also seem to be working very inefficiently, as the reputation of Laos for the drug problem remains one of the worst. Time and again, tourists and other visitors to the prospects for young people. An estimated number of 900,000 young people have to share this destiny.

There is also a clear need to catch up with the legal side. Although there have been new anti-trafficking laws in Laos since 2015, which include either fines, imprisonment or even the death penalty, judgments are often very lenient. Thus regime critics or even foreigners who express themselves critically against the regime or the authorities are sentenced to prison terms of 5 to 20 years. On the other hand, so-called tugs and other people involved in trafficking are almost exclusively fined. In the case of imprisonment, there is a premature dismissal on the grounds that there is no further risk of re-offending.

When will the maintenance rights for women be strengthened?

Are there any concepts against the injustices in the education system?

Why are the anti-drug laws not implemented?

Why are the penalties imposed on drug traffickers comparatively mild with regime critics?

1. The rights of divorced women need to be strengthened. In particular, the maintenance rights must be improved.

2. Education for women for women and villagers needs to be strengthened. Some 300,000 students are still dropping out of school to take care of their families. Better education can reduce the risk of poverty and improve equal opportunities.

3. The proportionality in the implementation of the laws against trafficking against the penalties received by dissidents is out of proportion. The international institutions are called upon to give more aid here. A right of action before the International Court of Human Rights must be made possible and made easier for citizens.

4. The fight against corruption through stronger public scrutiny needs to be strengthened to prevent trafficking by corrupt officials.

Issue: Under the Constitution of Laos, Lao women are legally equal to Lao men. They have the right to vote and to inherit property. In practice, the roles and status of women in Lao society often depend on ethnic affiliation. In some cases, as in the status of Lao Loum women, the youngest daughter is often assigned the task of caring for elderly parents in return for inheritance benefits like land and business.

country report on the ease of approaching drugs without being bothered by the police. The society in Laos is dominated by men; still in many areas the word of the man is more valid than that of the woman.

Prostitution is part of everyday life in society. Many adolescents are lured to neighboring Thailand or other countries to work as prostitutes, often under duress. Corrupt officials in the authorities promote this development by providing those affected with fake papers to allow them to travel abroad. The reasons lie in a failed education policy and a lack of future 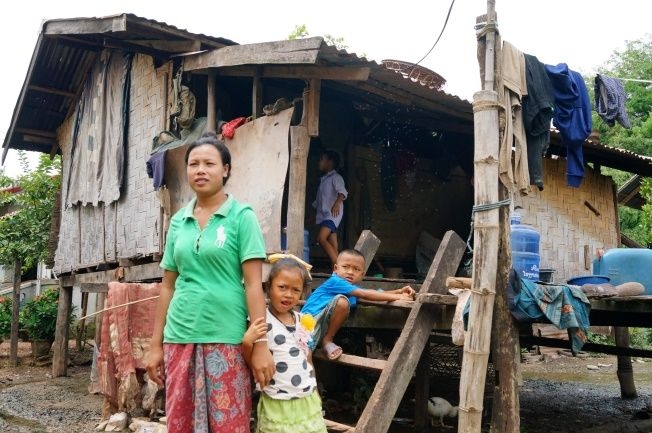 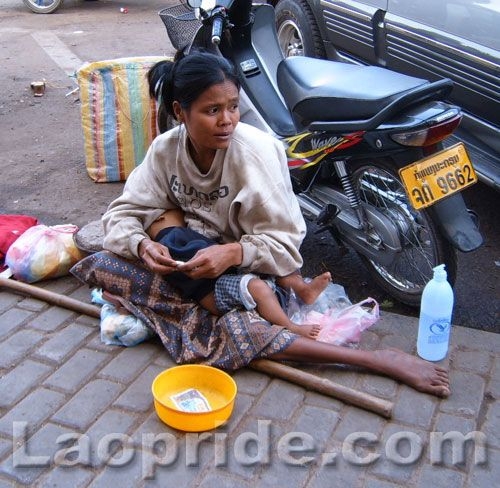 After receiving her inheritance, the daughter does not obtain direct control over the land or business, as her husband possesses executive power over such matters. Other women from different ethnic groups do not inherit anything. In 1993, the government of Lao established a program of land surveying and titling which was nominally more beneficial to female landholders. National legislation declaring Lao men and women as "equally entitled to hold property" was also promulgated, including the Family Law proclaiming that "any property purchased during marriage is regarded as joint property", and that the "land owned by a woman prior to her marriage remains her individual property, as does any land she inherits from her parents”.

There are many examples of poverty among women in Laos, here is one. In the village of Nandeng, the proportion of women between the ages of 17 and 30 has dropped to less than 30 individuals. The reason is a massive migration to the cities. Many women in the region do not get jobs despite massive foreign investors. Unfortunately, these investors do not create jobs for the Laotians, they bring the necessary labor from their own countries. The investors state that they therefore have no jobs for Laotians, because their education level is too low. To make matters worse, the women are forced to leave their children alone at home, without any care.

In Laos, the Communist Party rules the country. Why was gender equality not implemented on the model of communism?

Are there initiatives to enforce the rights of women in inheritance matters?

At the same time, opportunities for women to improve their inheritance share need to be improved.

Fewer Laotian girls enroll in schools than boys. After World War II many women, such as the silk weavers of the Bai Hai population, became increasingly engaged in unskilled manual labor. Despite being less literate and educated than men on average (63% of Lao females can read and write, compared to 83% of males), Lao women increasingly became the primary wage earners of their family units, especially in rural areas. 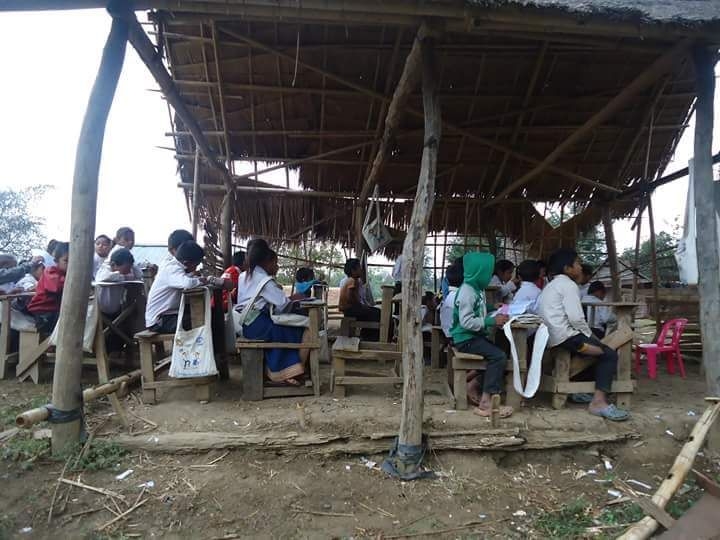 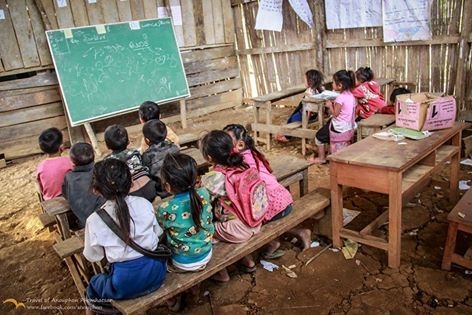 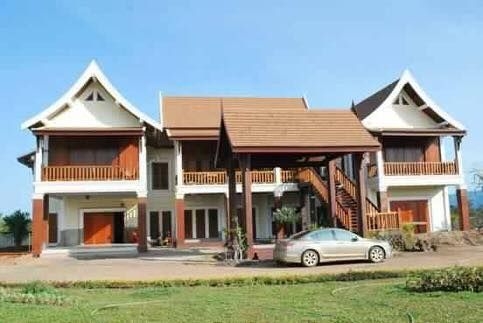 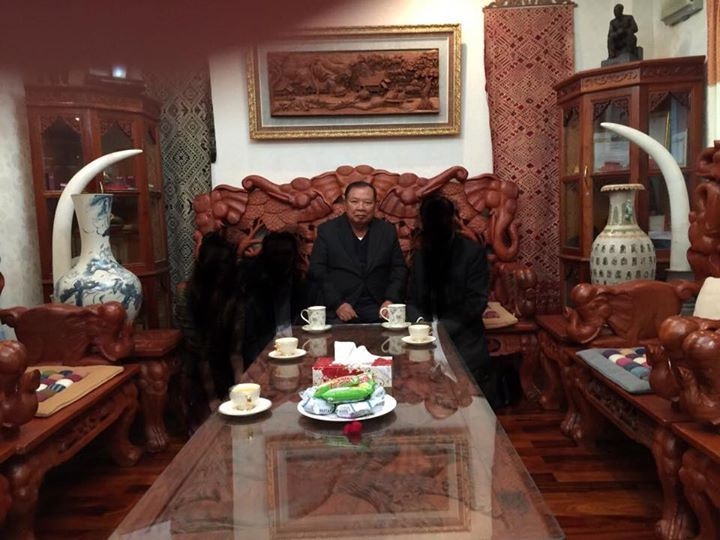 ADL has reports and photos in which it is clear how poorly many schools are equipped, but at the same time live the governors in palaces and villas with marble, gold and ivory. Development workers have also reported to the ADL that there is a lack of regional planning in the construction of schools.

Much more frightening is the fact that we have reports of schools being built by aid workers, where the material was sold after the development workers left, and the schools are deteriorating.

How can it be that despite general compulsory education this difference exists?

When does the government of Laos finally intend to do something about the chaos in regional planning and the spreading corruption?

The Lao PDR need a sustainable regional planning for buildings schools. To enforce compulsory education, the youth welfare offices must provide information and, if necessary, take action. In the long term, more needs to be done to improve the social situation of the population, giving families the opportunity to send all children to school.

The women of Lao obtained the right to vote and to be elected in 1958. They remain underrepresented in government at both local and national levels. Women in top positions rarely appear. Mostly only in positions where they cannot make big decisions.

Women have always played a big role in the history of socialism and communism, why have not these traditions been preserved in Laos by the Communists?

In order to give women more participation in public office, a female quota is helpful. This should be implemented as soon as possible. Other countries have had good experiences with such quotas.

The ADL has reports that there are always forced marriages in Laos due to economic hardship of the families. Particularly worrying are the forced weddings of Lao women to China. Because of the "one-child" policy in China and the frequent abortion of female embryos, the shortage of women in China is high. Often, these women are abused by their Chinese men as cheap slave laborers. The government of Laos has taken initiatives against these constraints, which is very much welcomed by the ADL. However, we have doubts as to whether these measures are taking effect in the face of continuing strong corruption.

Is the Government of Laos aware of the far-reaching consequences of these forced marriages and the exodus of young women?

Why is corruption still so high?

The implementation of the new laws needs to be monitored more closely. The fight against corruption must be more consistent. The social situation of the families has to be strengthening so that forced marriages are not necessary.

President of Alliance for Democracy in Laos